RisingWings is a mobile game provider established when Delusion and PNIX teamed up. The company focuses on developing casual, mid-core games.

RisingWings' Golf King - World Tour boasts an easy-to-play interface that allows users to play a real-life-like golf game with those from around the world. Global players and fans have been showing consistent dedication to Golf King since its launch in 2019.

RisingWings has been overseeing marketing for Golf King series with MOLOCO since when it was PNIX. While Golf King - World Tour saw outstanding results for a while after the launch, CTR started falling 6 months into the campaign due to the lack of newly uploaded creatives. In addition, the campaign needed to be localized as most creatives were in English even though the campaign was being run in 6 different countries. To resolve these issues, RisingWings sought out a strategy to boost the effectiveness of its creatives.

*Note: a combination of creatives (7 images, 4 videos) proven to be effective in MOLOCO Studio's cross-regional analysis of creative concepts 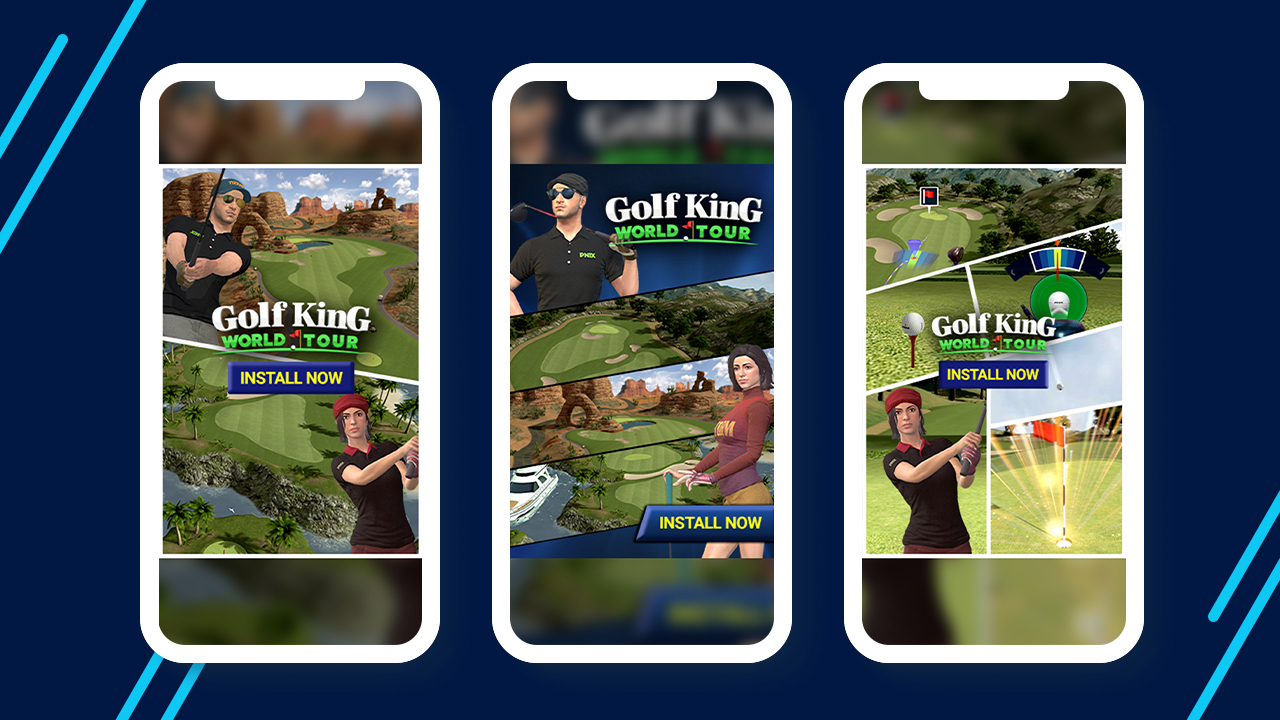 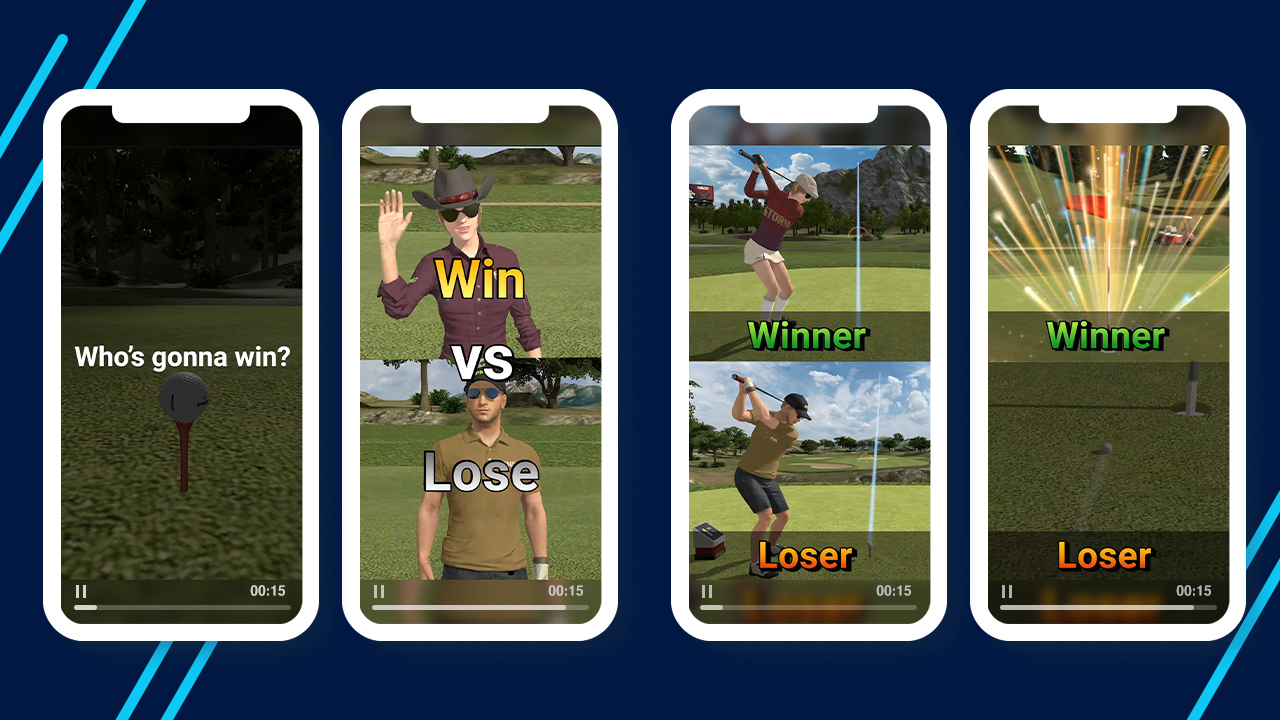 To refresh the interests of target groups who have been exposed to the same creative for 6 months, MOLOCO Studio developed new creatives after analyzing those used previously. New creatives were created based on more effective cases from the past - an image of male/female character in a follow through pose (left in Image 1), a comic book style description of game play (right in Image 1), and a video comparing Winner/Loser character (Image 2). As a result of using these new creatives since late May, CTR soared to be 3 times higher than before.

To optimize the creatives for each of the 4 target countries, MOLOCO Studio identified inventories with high demand per region and prepared the most appropriate creatives for each inventory. In addition, these new ad creatives were not only in English but also in each target country's local language. IPM and CPI-wise, localized content proved to be more effective than those in English. Details on each country context is as follows: 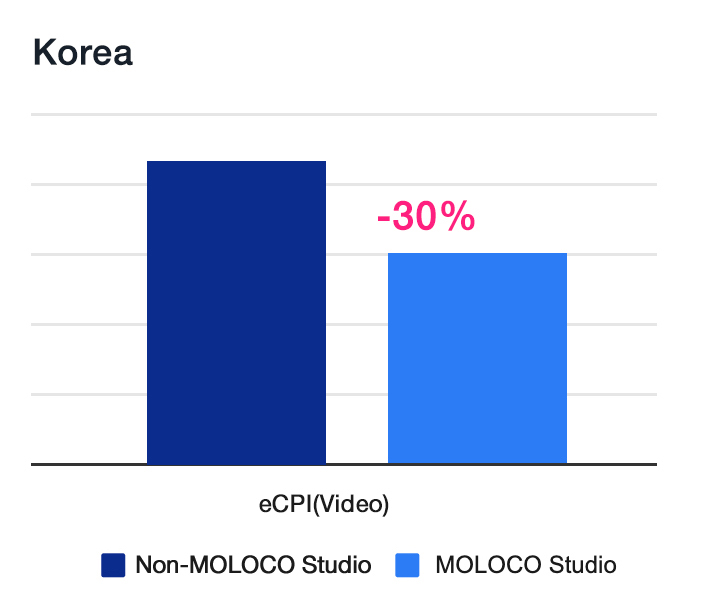 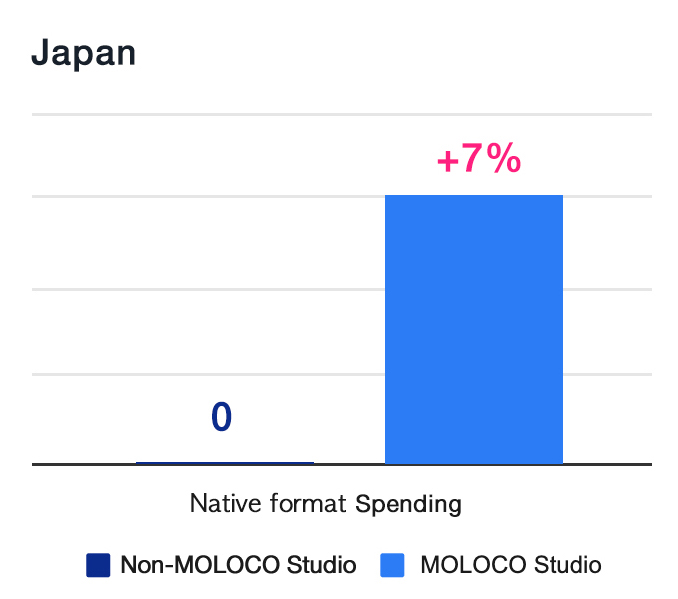 MOLOCO Studio's creatives not only refreshed clients' interest in our game but also helped boost the revisit rate. Thanks to MOLOCO Studio’s localized creatives, we were also able to see improved performance in more regions than before. We would strongly recommend MOLOCO Studio to anyone who wishes to revamp their creative strategy.