Last Tuesday, we are honored to have had Dr. Russell Jeung join us in our latest edition of MOLOCO’s Speaker Series.

Co-founder of the Stop AAPI Hate Project, author of Family Sacrifices: The Worldviews and Ethics of Chinese Americans and SFSU chair of Asian-American studies, Dr. Jeung advocates and campaigns for the AAPI community, having launched numerous initiatives that provide a voice to victims affected by anti-Asian hate crimes. Dr. Jeung is a proponent of community-based, participatory research, connecting his students with the immediate Asian-American community. 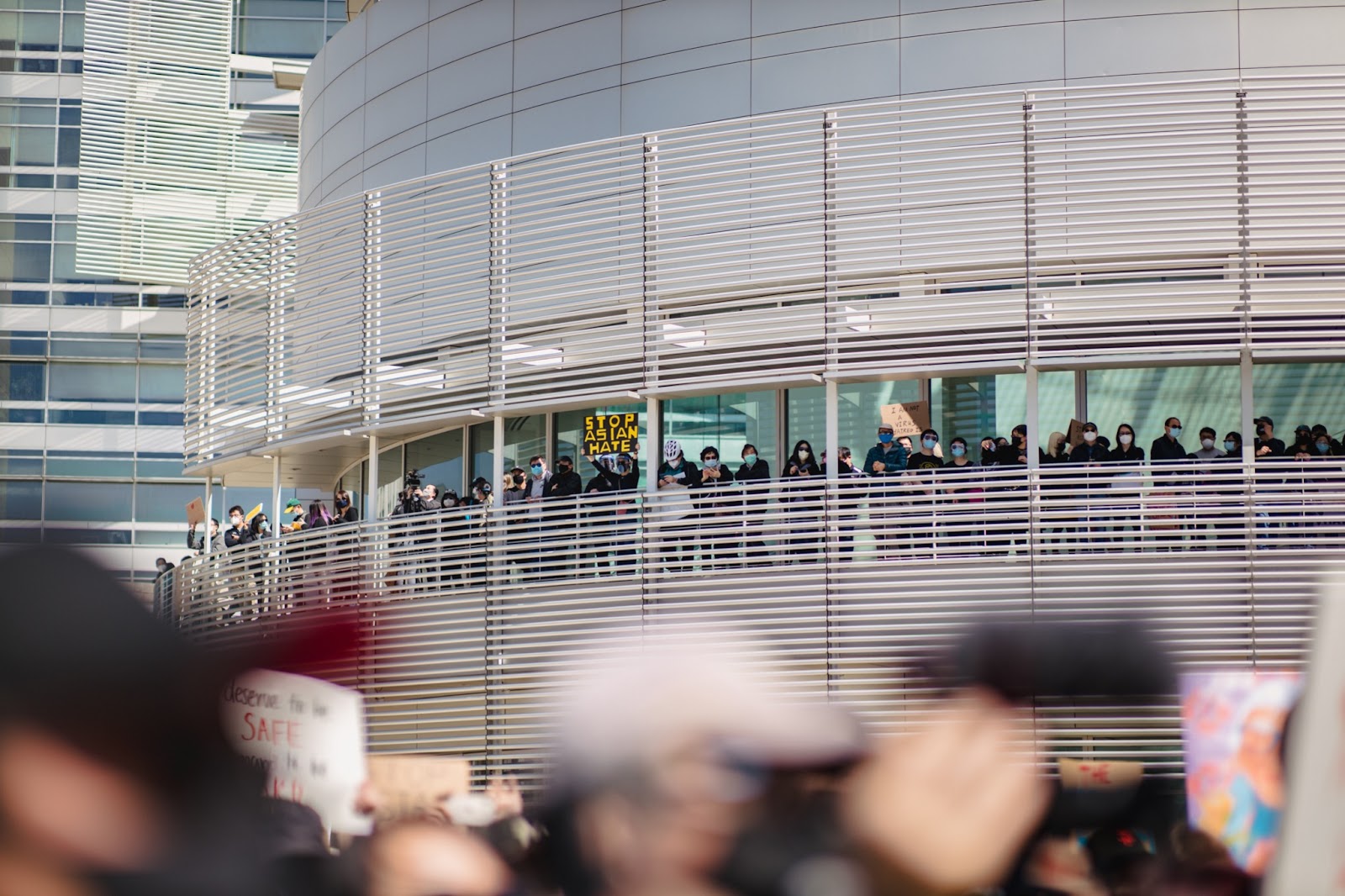 Dr. Jeung emphasized the importance of rhetoric and media representation in the discussion surrounding recent attacks on members of the AAPI community, saying that “If you see these representations again and again, that really does shape your schema.” He emphasizes how Asian-Americans became the de facto scapegoat during turbulent times. “In times of economic downturn, and in times of pandemic, Asians are more framed as perpetual foreigners - the anger and fear directed towards Asians is really palatable”, Jeung remarks.

Jeung went on to describe the paradigm of the lack of belonging that members of the AAPI community experience, “Asian Americans have an identity crisis. Asians don’t really know if they are accepted in America. We are feeling excluded because our elderly are being pushed and shoved. We are clearly being unaccepted if policies are designed to keep us from migrating in.” The following anonymous testimonial was recounted during the presentation, illustrating the felt impact of alienation:

Bringing data to the conversation

In terms of the types of hate-crimes occurring, the breakdown is as follows: 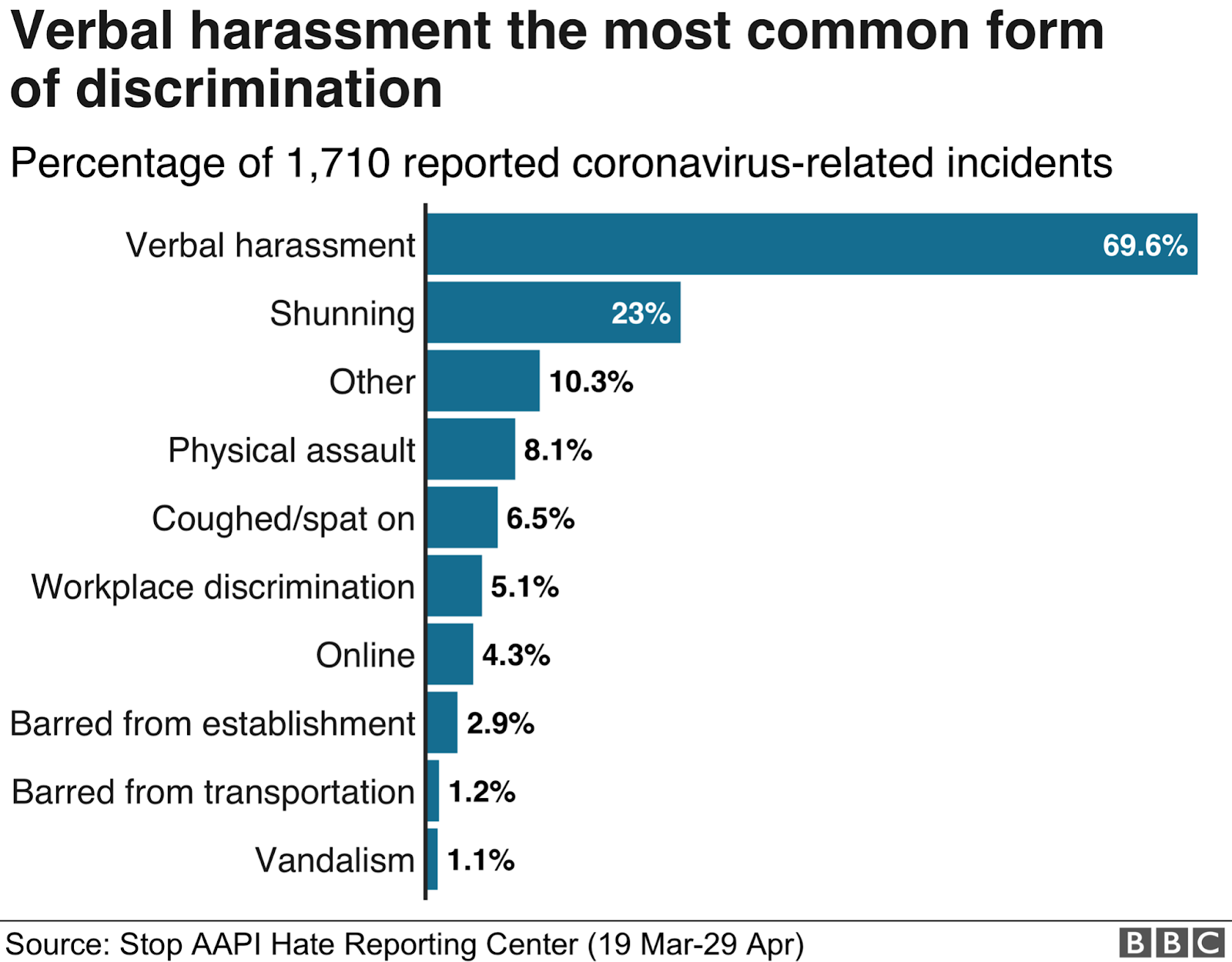 Quantitative measures yield further insight into this issue. Perhaps the most evident figure that illustrates the rise in racially-motivated transgressions against the AAPI community comes from the Center for the Study of Hate & Extremism (CSUSB). Based on their analysis, Anti-Asian hate crimes have increased by nearly 150% in 2020. We also know that:

This is echoed by the Stop AAPI Hate initiative, which has documented nearly 4,000 hateful incidents during the first year of the pandemic alone; nevertheless, the voices of many victims continue to go unheard as historical barriers to reporting persist.

With no shortage of cases like these, it is no surprise that increasing numbers of those in the AAPI community are feeling unsafe.

Rise Up With Asians Rally & March in San Francisco.

Obstacles in the AAPI community

What can be done?

The latter part of the talk led to a Q&A session on the ways in which positive change can be effected on the Asian-American community:

What is the best way to advocate for the AAPI community?

Just asking that question is really helpful and a good way to be an ally. There is a lot of value in reinforcing positive statements and not normalizing hateful language. Be sure to also report instances of hateful acts when you see them - documentation that this type of racism is occurring is important so that we can show the government and hold them accountable. We need the numbers.

“Use whatever organization or affiliation that you’re a party of to come out with a statement; Official statements that denounce racism and anti-Asian hate makes them feel heard, supported and recognized.”

What can we do about it?

“Intervene! Support targeted individuals. Make sure they are in a safe place. Make sure they are emotionally supported. Create clear boundaries. Check-in with the targeted person after the fact. When nobody comes to help, that’s the Second most distressing moment because it creates a feeling that the behavior is condoned.”

While racially-motivated cases remain high, Dr. Jeung maintains an optimistic viewpoint; he suggests that we don’t withdraw in a flight or fright response, but rather aim at what he calls ‘flocking’. “We’re flocking together on social media to sound the alarm.” Jeung illustrates the power of connectedness in disarming the wave of hatred that is sweeping across Asian-Americans across the nation. “We need to re-imagine an America in which we do belong.” 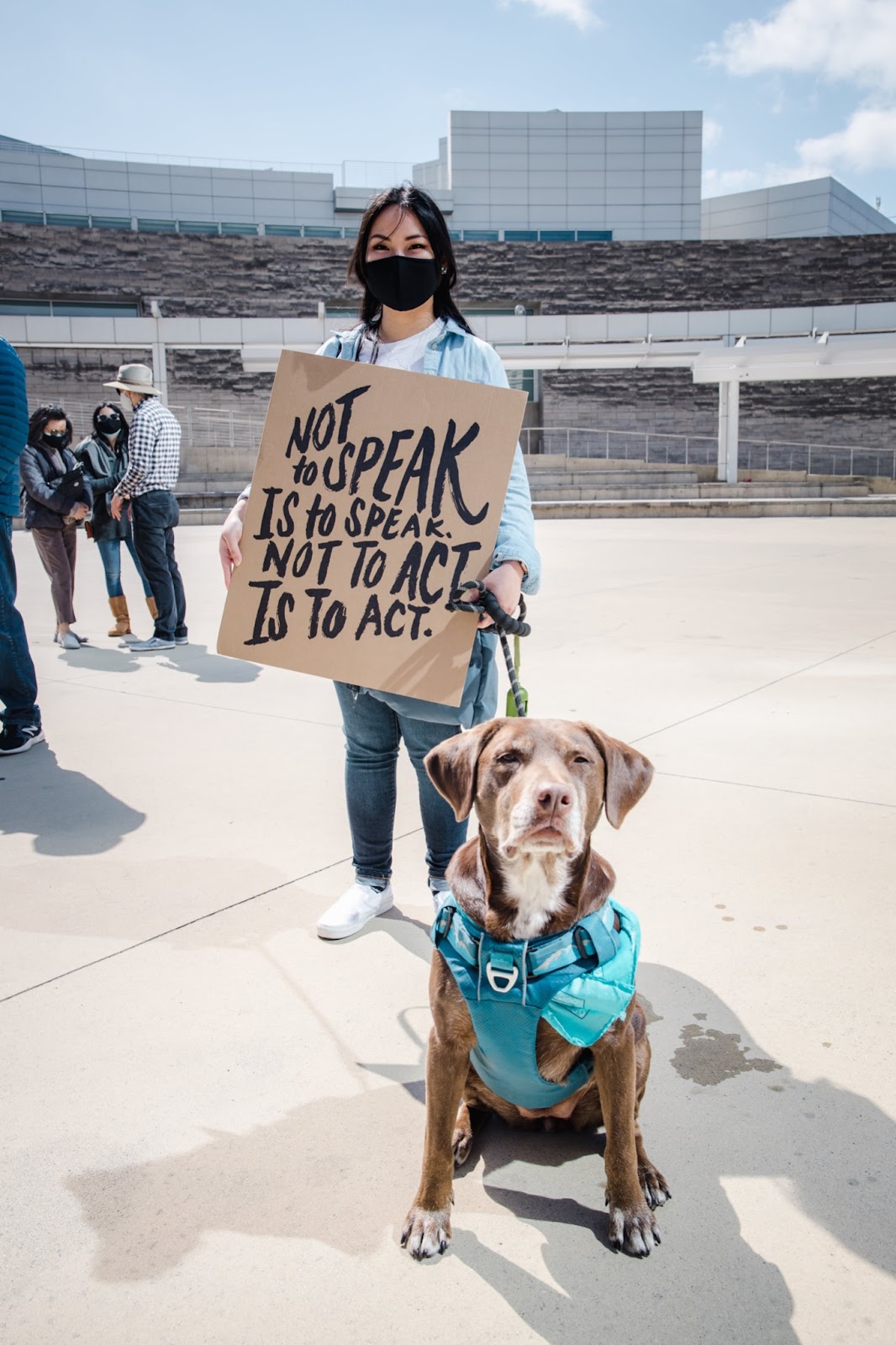 “Seeing so many people out in solidarity with our AAPI community at the Stop AAPI Hate rally gives me hope that we are able to do more to protect our elders, women, and young people from violence. We need to share love and empathy during this time more than ever." - Kathy Tran. San Jose City Hall Anti-Asian Hate Crimes Rally. 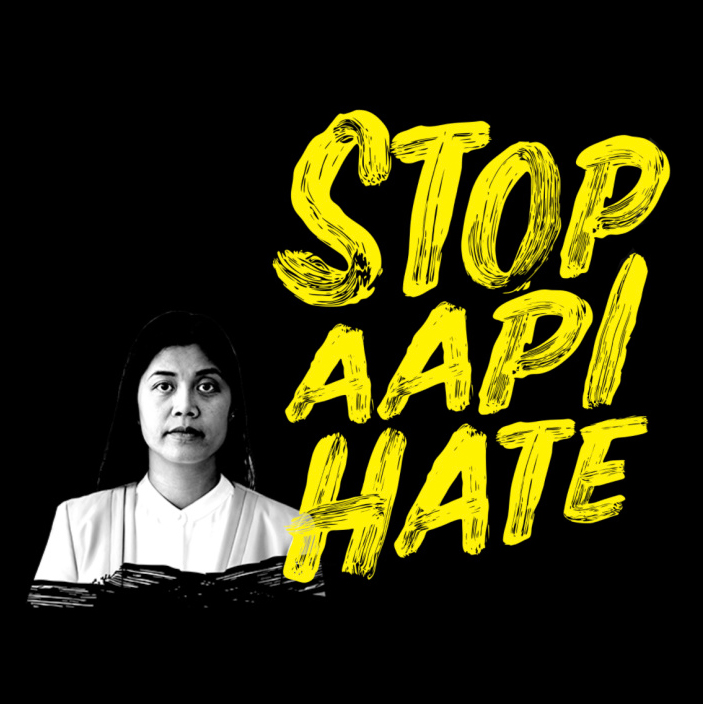 We believe in using our platform to both raise awareness and effect change on key social issues. That's why we started our social good program, MOLOCO Love. Our initiative is dedicated to elevating those in need and deepening our commitment to serving local communities. We have supported our local restaurants by donating lunch to hospitals around the San Francisco Bay Area and created an employee donation-matching program to support the Black Lives Matter movement. As thought leaders in the ad-tech industry, MOLOCO continues to set an example by spearheading programs for the greater good.